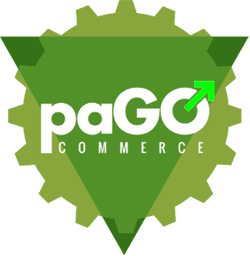 The first time I heard of paGo was back in May 2011, at the CMSExpo in Chicago. A small group of Joomla! enthusiasts were crowding around a booth, ooh-ing and ahh-ing at something rather exciting. The team from ‘corePHP’ was showing a prototype of an e-commerce extension they were building for a client, which they planned to release publicly. This was back in the days of Joomla 1.5, and what I saw was revolutionary: a beautifully designed eCommerce platform that was built specifically to sell both tangible and intangible goods, with a long list of features that anybody running an e-commerce site will want and need.

Those were the days when the only real alternative (with the same set of features) was Virtuemart. Now I'm not taking anything away from Virtuemart. It was an amazing piece of software at that time, and free to boot. The problem was it didn't look that great out of the box - a lot of designing work is needed. While it has the potential to be a very powerful solution, it also requires intimate knowledge with coding and the Joomla framework. That was the problem the Joomla! e-commerce community had to grapple with, which really fueled the excitement around paGO at that time.

Fast forward 3 and a half years. News of paGO fell silent, and I was beginning to think it's never gonna happen. Joomla 3 is now widely considered one of the most popular CMS in the world, fully responsive and boasting a robust framework - and yet it still scores poorly on the e-commerce front. Now don't get me wrong. Many e-commerce extensions have come and go, and some of them are pretty well developed and designed. However, the good ones never made it to Joomla! 3+, and the best solutions still require cobbling 2 or 3 extensions together. Then there is, well, Virtuemart. While greatly improved since 3 years ago, it still requires a huge amount of work.

A week ago, Michael Pignataro from ‘corePHP’ (a really great guy whom I've had the pleasure to meet at CMSExpo) contacted me. paGO is real and they have just released it. I installed it on a dev site, and was immediately blown away by its interface. Right off the bat, I have a beautifully designed e-commerce, with every feature I would ever need, with not only a great frontend interface, but an easy-to-use/understand backend administration - and it's mobile-friendly! Even better, it supports selling intangible products as well, like downloadable software or services, all wrapped up in a single extension. Personally I look forward to converting my shop to paGo, and using it on some of my clients' websites. No more trying to cobble multiple extensions together to form a seamless shopping experience.

I can post a bunch of screenshots to show how beautifully designed it is, but what's the point when you can download it for free here ? Have a whirl, I bet you'll be pleasantly surprise. Here's the link if you're looking for its documentation.

To avoid spam, please login to leave a comment.